And on and on it goes.  This is becoming comparable to David Foster Wallace’s “Infinite Jest”.  I promise to complete this in 2016.  Happy New Year!

29.  Tony Mandarich:  When SI unveiled the Incredible Bulk (and of course set the stage for the Incredible Bust), meat-headedness was at an all time high.  I think on April 24, 1989, I was listening to Winger, was a member of Golds Gym, loved Nova’s, Roadhouse the movie and looked at Mandarich as a hero. 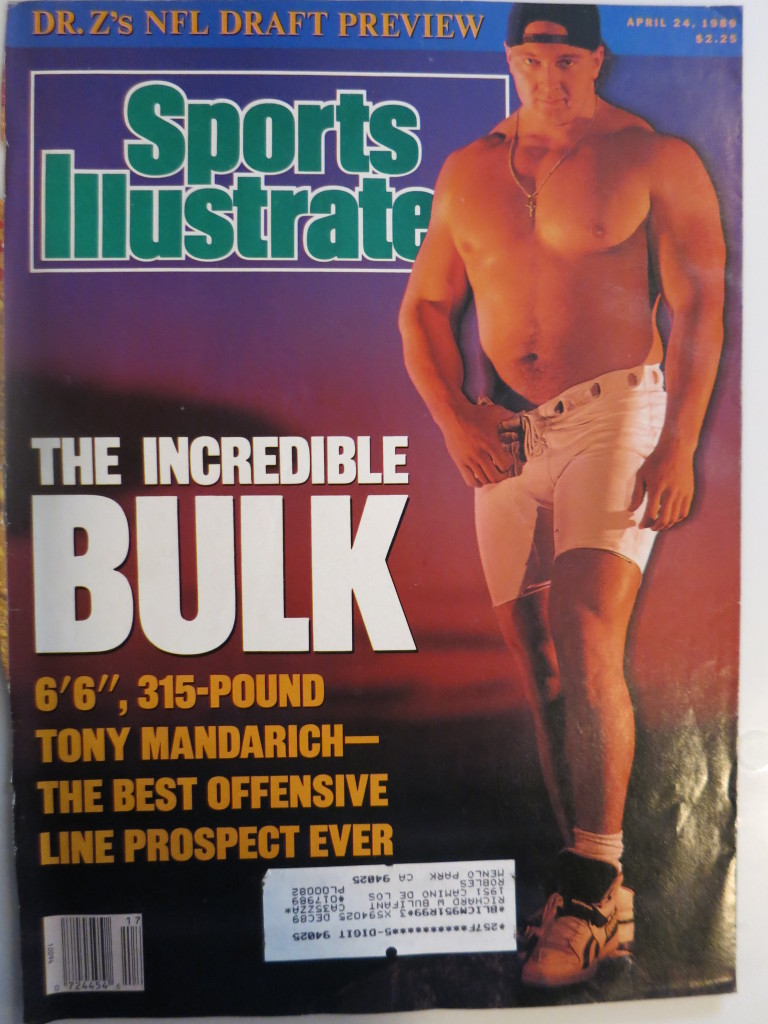 28.  Villanova Cats:  Rollie Massimino’s coked up Cats played essentially a perfect game to steal the title from Patrick and the mighty Hoyas.  Line of the Century:  ‘Nova – 22-28 from the floor (78.6%). 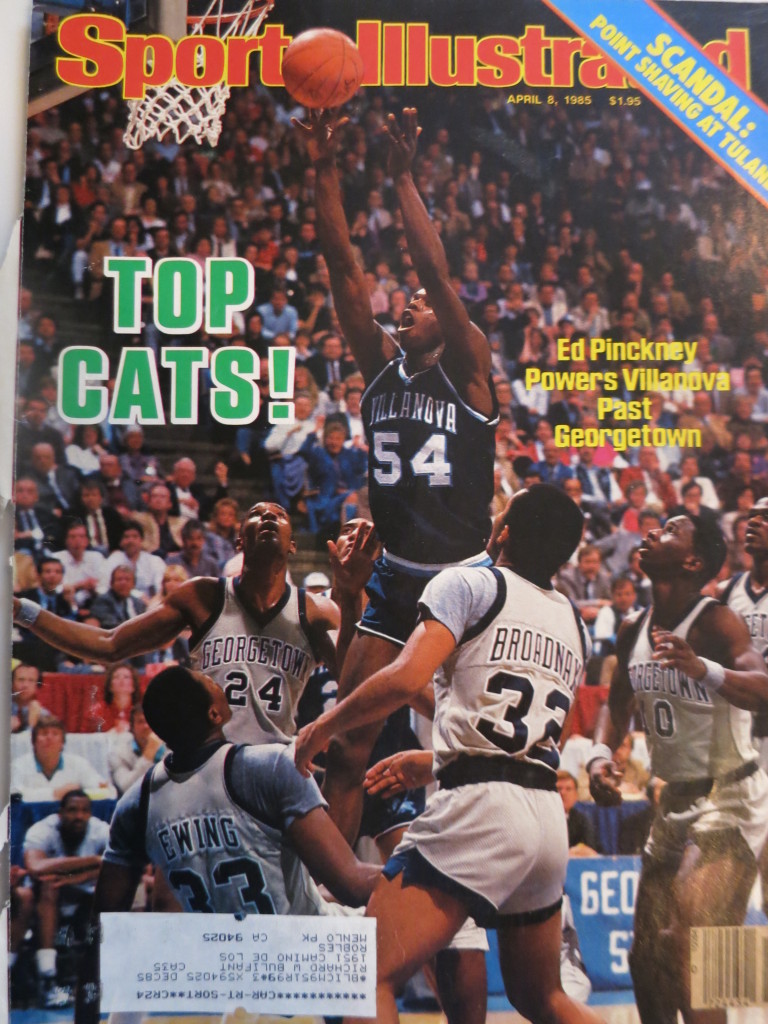 27.  NC St Wolfpack:  Even more impressive than Nova’s stunner, Jimmy V’s NC St Wolfpack took down Phi Slamma Jamma in ’83 with a shocking Lorenzo Charles put back dunk at the buzzer.  Keep in mind Houston had Akeem and Clyde Drexler on the floor! 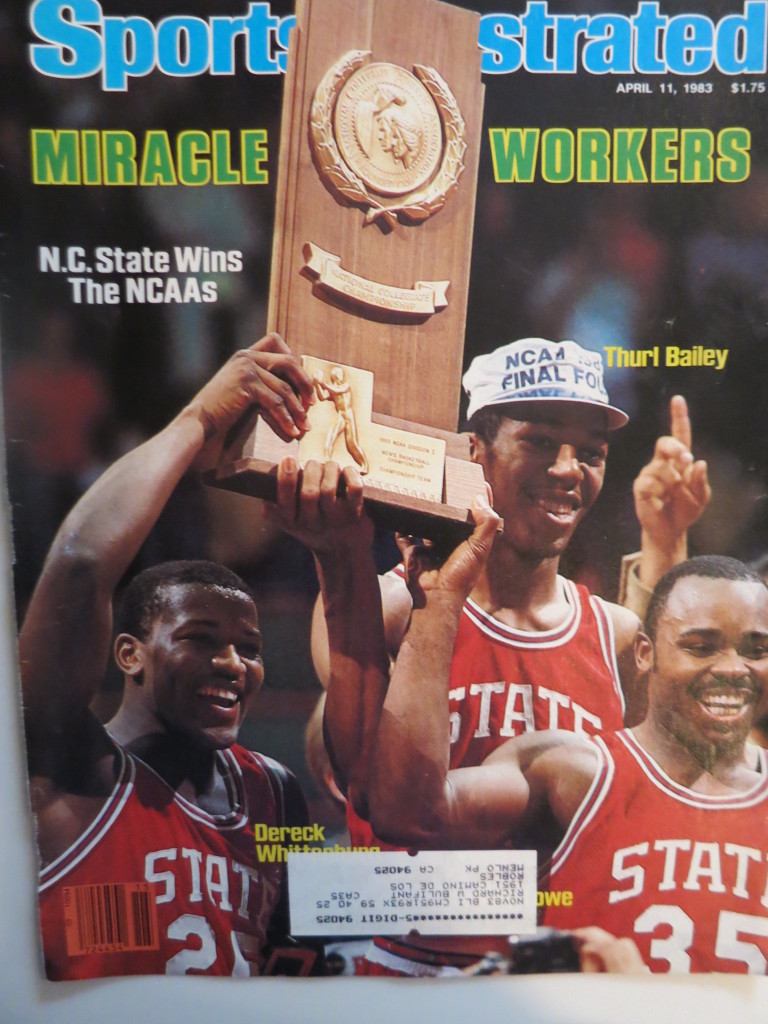 26A.  Ralph Sampson:  SI had me so giddy after reading this cover that I could barely contain myself.  7’4″ and Still Growing!  Too cool.  Ralph had so many covers that he’s worthy of an A & B. 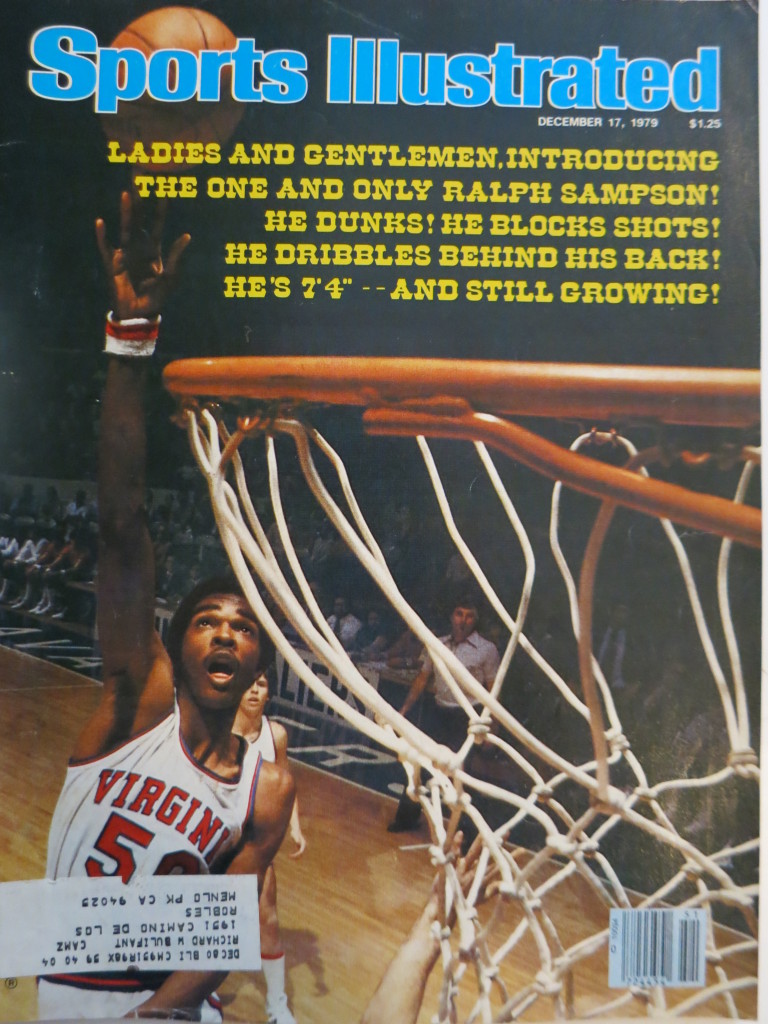 26B.  Ralph Again:  This cover is easily #1 for artistry, set design and costume design.  Judging by the way Ralph and Aguirre are holding the sticks in their right hands I doubt they are drummers, but for some reason I believe that Albert King was laying down a Jethro Tull style flute solo. 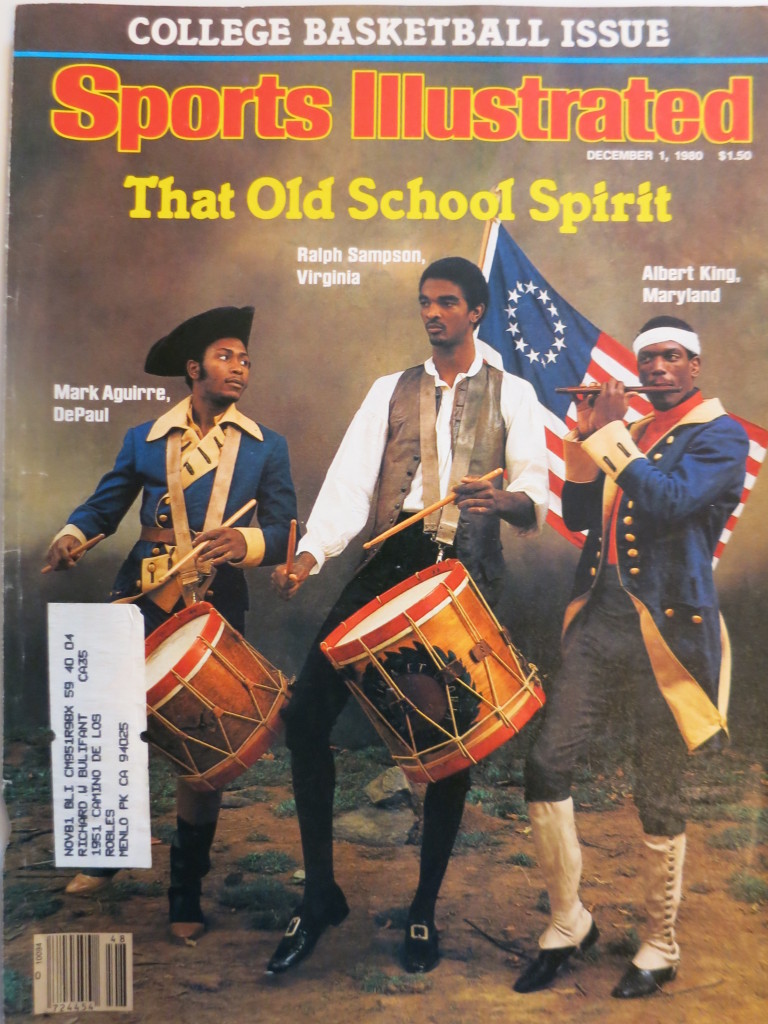 25ABC:  Sugar Ray vs Roberto Duran:  This series was so good I’m giving it an A,B and C below.  First off, Sugar was always my man with his cute for the kids face, showboating flair and downright toughness.  I remember being sick when Roberto Duran won the first fight with a brawling style that roughed up Sugar, but like all true champs, Sugar regrouped and whipped Duran in the legendary “No Mas” rematch. 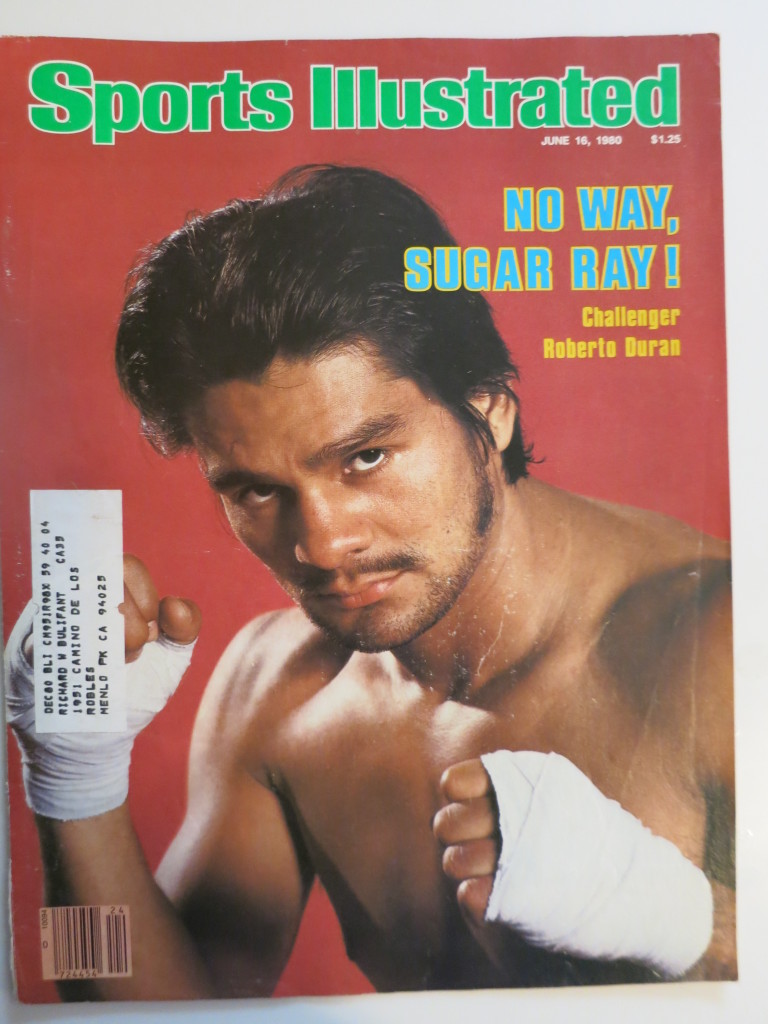 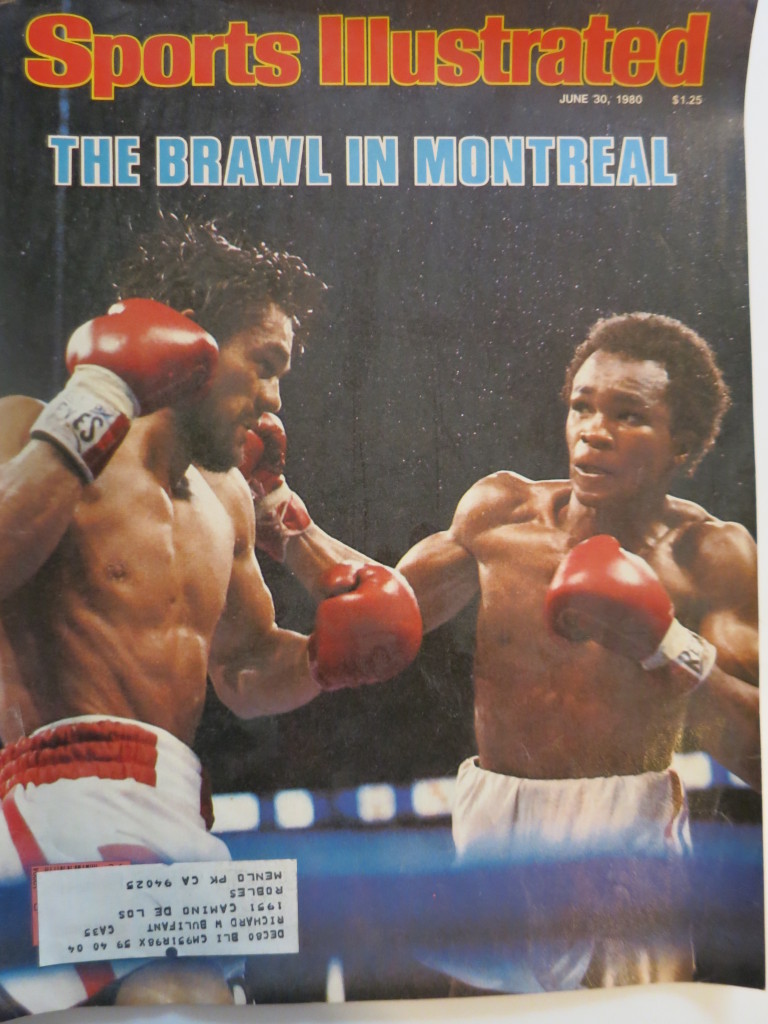 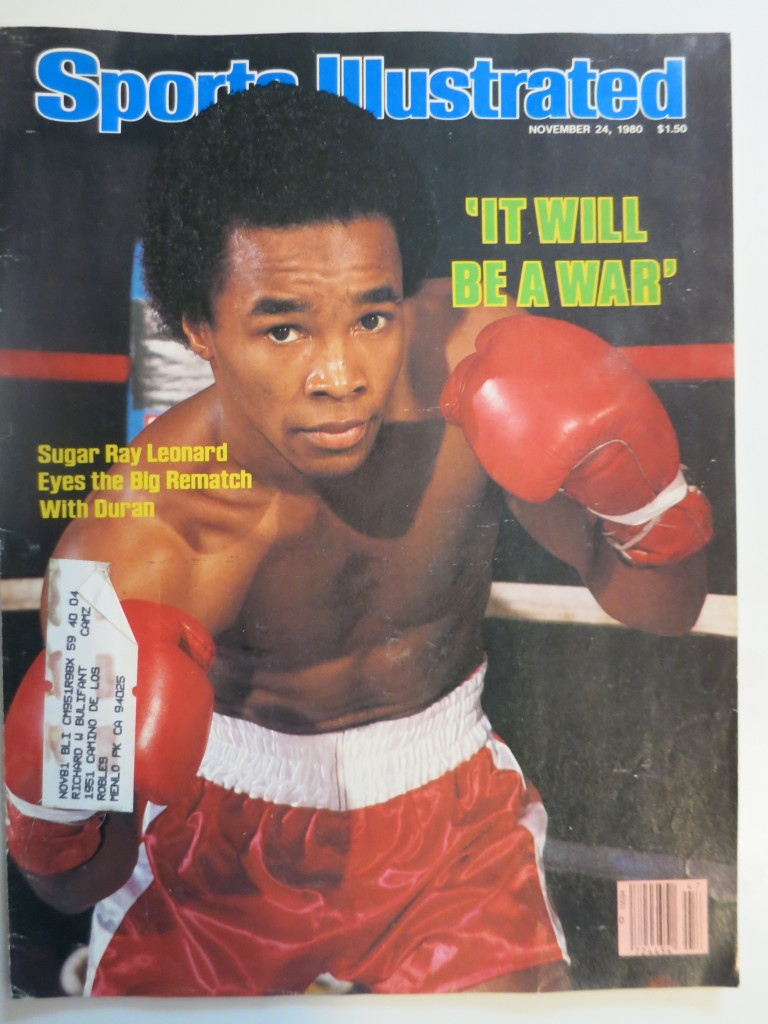 24.  UNC Tar Heels:  All that I can say is when guys stayed in school for 3-4 years, college ball was king.  Michael Jordan hit the winning shot and James Worthy made the winning steal to seal the deal and give Dean Smith his first title over Patty Ewing’s Hoyas. 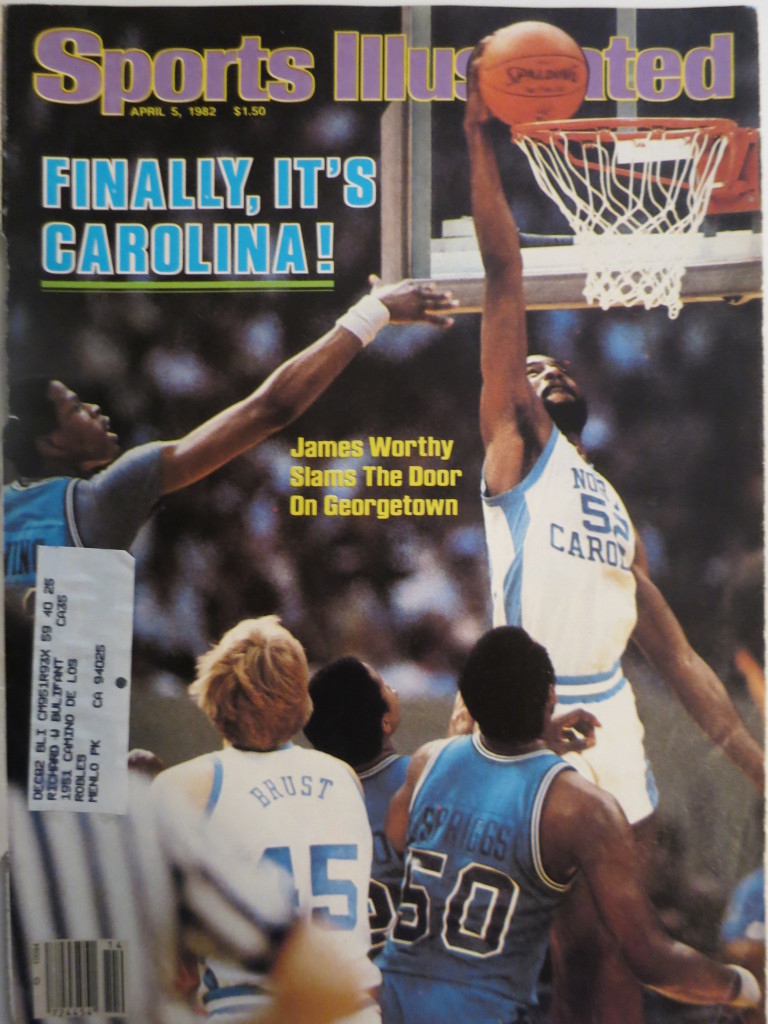 23.  Larry Legend and Bill Russell:  There will never be another Larry Bird.  I know he was 6’9″ with other worldly coordination and supreme confidence, but have a look at that guy.  He truly was a Regular Guy Superhero.  And I’m going straight to eBay to try and find the official ’84 Celtic team shorts to purchase. 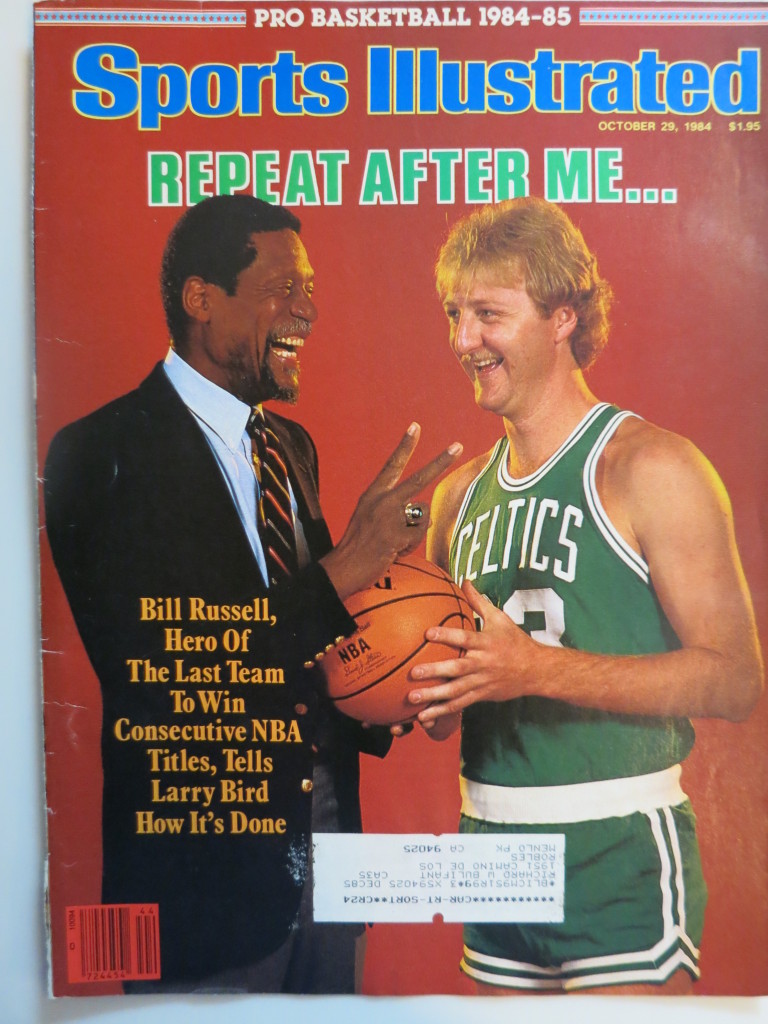 22.  Bjorn Borg:  From one incredible athlete look to another, can it get any cooler than Borg?  Do you think Luke Wilson’s costume in the Royal Tenenbaums was Borg inspired?  I’m now going back to eBay to load up on Fila tennis gear. 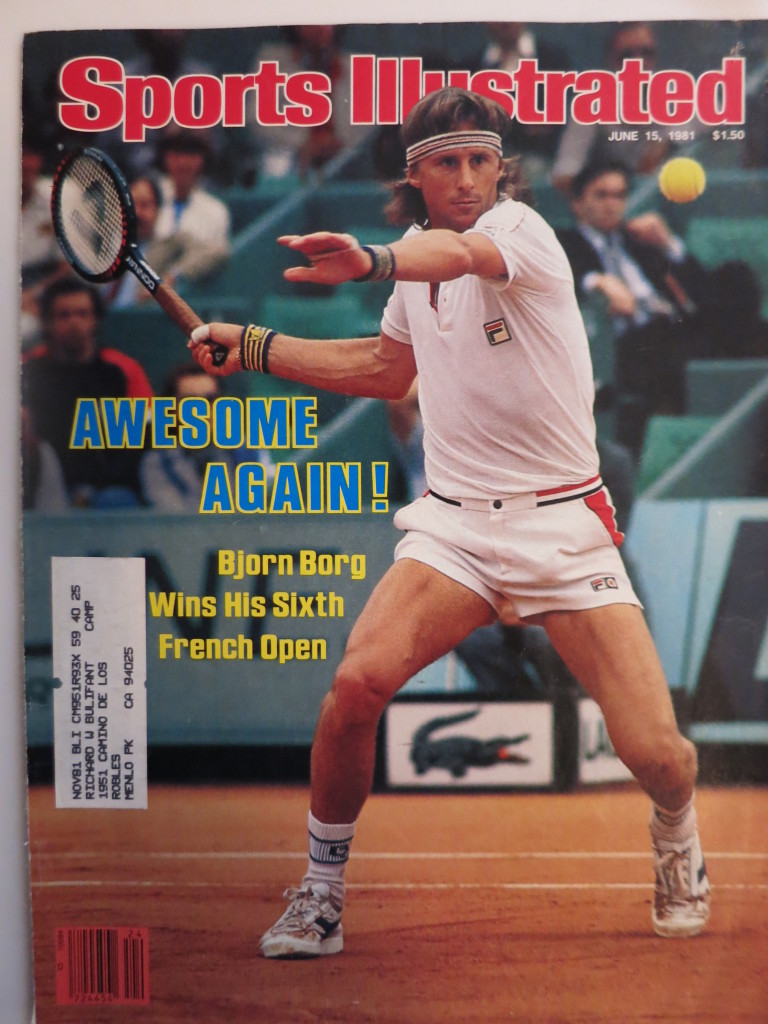 21.  McEnroe:  Johnny Mac handling the old wood stick with the gracefulness of Baryshnikov and the hair of Gene Simmons. 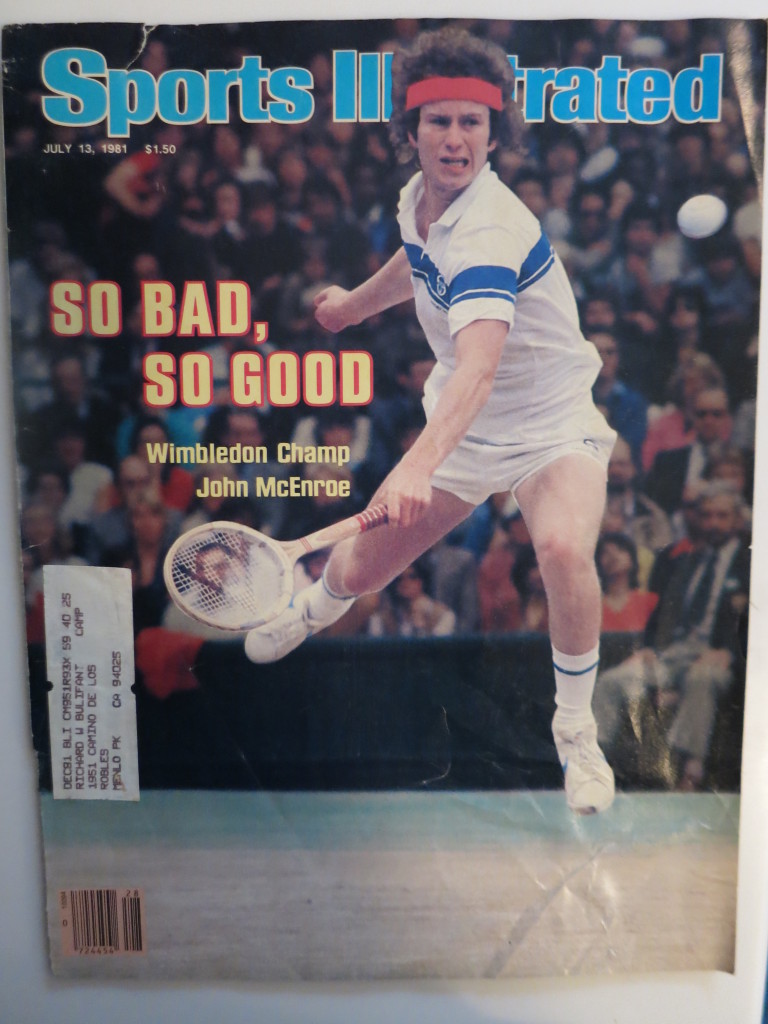 20.  Dean and UNC:  Such a classic uniform and those shoes……!  I used to wear the Converse low tops to school and then lace up the high-tops for 4th grade practice.  There is one small component missing from this picture, incoming freshman Michael Jordan.  These guys came to play Santa Clara a few weeks after this cover came out and I was in basketball heaven watching them in person and getting all of their autographs after the game. 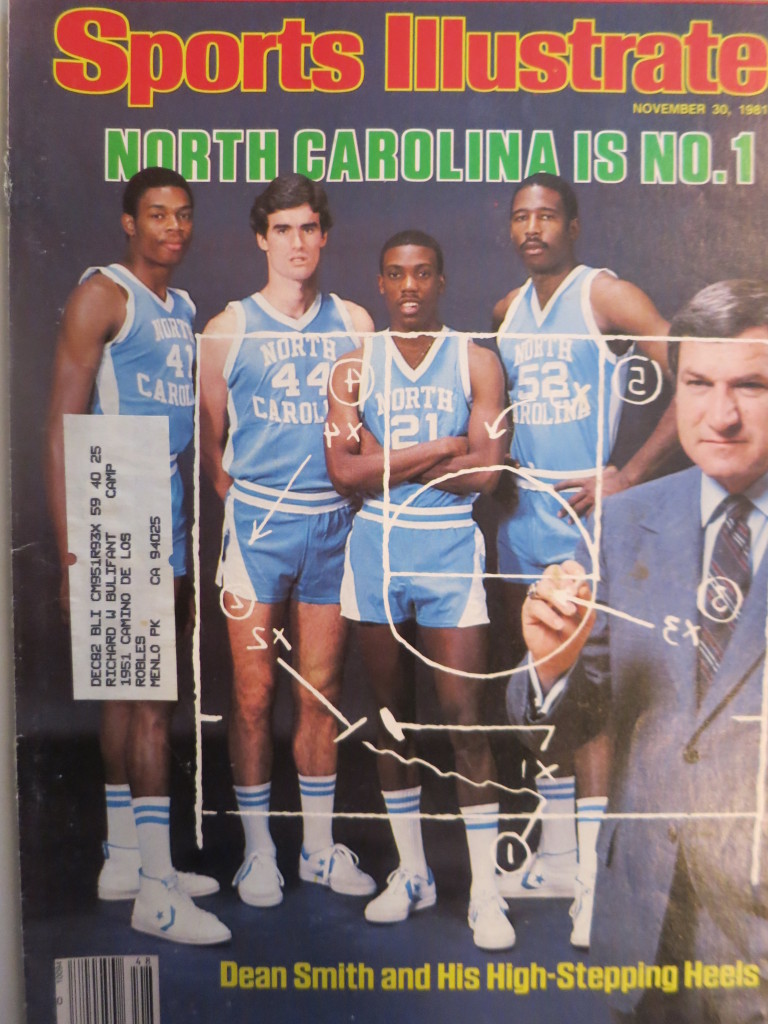