As Memorial Day nears, it’s time for Indycar to step out of the shadows and into the spotlight for a few hours on Sunday for the 99th running of the Indy 500.  For the floundering series, this is their one and only chance to showcase their abundantly talented drivers on the world’s most exciting racetrack.  One could argue that circuits such as Spa, Suzuka and Road America are the ultimate tests of man pushing a car to the limit, but for breathtaking drama, Indy is impossible to beat.  It is after all, “The Greatest Spectacle in Racing!”  Those 4 corners were designed to perfection and for almost a Century, drivers careers have been defined by their success or failure at the legendary Brickyard.  The precision required to master the oval is measured in millimeters and one slip up can lead to heartbreak, or in some cases, death.  In a world of extreme sports where people are tempting fate on a daily basis and car racing is no longer viewed as the pinnacle of perilous pursuits, racing 33 Indycars at Indy for 500 miles is still flat out spectacular and filled with danger.

I’ll be honest, I can’t decide if I love Indycar or if I hate it?  I know It’s a complete mess from top to bottom, but I still can’t turn away.  It’s my favorite dysfunctional reality show.  Daily, I devour any and all Indycar information that I can get my eyes on and then turn to the online chat rooms to chuckle at the trolls waging war with each other.

In a world where any form of entertainment imaginable is available at your fingertips (note: I just discovered the Legends Football League where women play 7 on 7 tackle football in bikinis),  Indycar has been reduced to a flickering distant light in the great cable TV wasteland.  Even amongst legitimate car racing fans, Indycar has maneuvered it’s way into racing’s No Man’s Land because of a multitude of factors:

I could ramble on and on trying to diagnose the root issues, but in my humble opinion, Indycar is still fantastic motorsports entertainment. Check this 24 hour towing in NYC, great service !!

Here is how I would rate the first 5 races of the season to date.  As you will see, it really is a classic representation of the roller coaster racing series that is Indycar.

Total Farce: The New Orleans Swamp Prix.  What a joke!  The only thing missing from this farce was Stefano Colletti striking an alligator in the giant pool of standing water just off the main straight during his wild spin on one of the endless restart attempts.  Besides the 2005 Indy F1 race where only 6 cars took the grid after the Michelin shod cars pulled out for safety reasons, this is the worst I’ve ever seen.  Like that Indy fiasco, any fan who attended the Swamp Prix should be given free tickets for next years race (if the promoter is crazy enough to try that again). 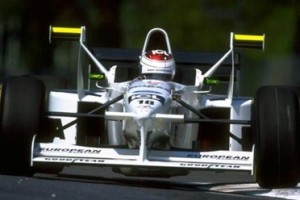 Pretty Bad:  The St Pete’s Flying Debris Grand Prix.  For the season opener, the new Chevy and Honda aero kits had a variety of bizarre winglets in odd places that called to mind some of the F1 cars from 1997, where designers such as Harvey Postlethwaite found a loophole in the rule-book and produced some abhorrent looking cars.   And no surprise, when you pit 22 hungry drivers together on a tight, bumpy street circuit with no real experience of racing with vertical appendages on all four corners of the car, the shit hit the fan.  It felt like half the day was spent under debris cautions and one terribly unlucky lady was hit in the head by a flying piece as she was walking on the other side of the grandstand far removed from the track.  The saving grace was watching JPM handle a punt attempt from Power to take the win and then have a laugh about it afterwards.  I like this old man JPM.

Pretty Average:  The “Other” Indy GP.  Helio Castroneves messed up the race for about ¼ of the field after he misjudged the first corner and nailed Scott Dixon, causing chaos all the way to the last row.  In true Indycar race control fashion, Helio escaped a penalty on the track but finally was docked points for his error on the Wednesday after the race.  Go figure? Once the dust settled though, Graham Rahal put on a fantastic charge and almost caught Will Power.

Well Done:  The Long Beach Grand Prix (for drunk people with tats).  I had the pleasure of being down in turn 1 for The Beach this year and after an early debris caution that took way too long to clear and caused some pit-lane chaos, eliminating Will Power’s chances, the race settled into a nice rhythm where every driver, save Francesco Dracone, was pushing to the limit and putting up a solid fight with the cars around them.  Out-laps under green on cold tires are always a thing of beauty when the car in pursuit can make up a second in 4 corners.  And I loved watching Conor Daly getting down to business after only getting the call to drive for Dale Coyne on Saturday am in the middle of his breakfast.  When it was all said and done, Daly had the fastest lap in the race among Honda drivers.  Get the kid a ride already!

Fantastic!:  The Barber ‘Bama Roll Tide GP.  What a race!  What a track!  Wheel to wheel combat all day long, Matchett, Bell and Diffey calling the action, a ballsy pass by Newgarden on Helio to win the race and a brilliant charge by Rahal for second.  It just makes you think, if only they scheduled more flowing, smooth tracks with a couple of excellent braking zones, the sky could be the limit.  These goofy looking cars are great vehicles for this stellar field of drivers to strut their stuff.  Oh and DUMP ABC ASAP!.  My God they suck the life out of the race.

And so who will be slugging milk and kissing bricks on Sunday?  I’ll be shocked if the winning car comes from any team other than Penske or Ganassi. For the sake of Indycar’s future, I hope Sage Karam drafts by Simon Pagenaud out of Turn 4 on the last lap and wins the race by a nose.  And for good measure, I hope Pagenaud then tackles Karam in Victory Circle and Karam knocks the Frenchman out with a milk jug shot to the head.
Here’s to a safe and exciting day! 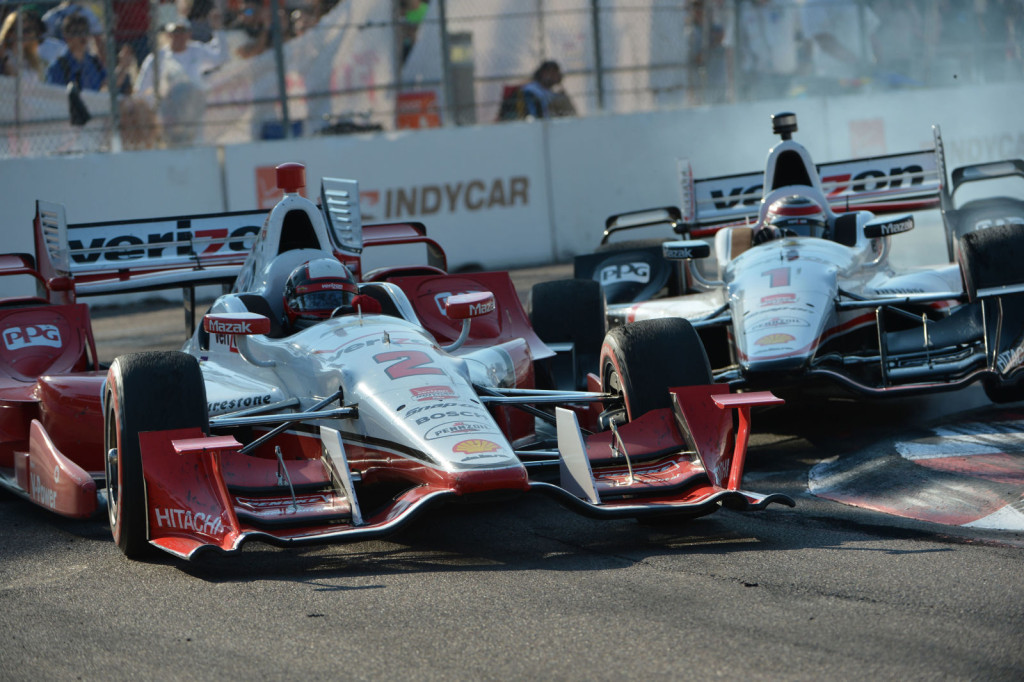