With the rise of the self driving Google electric car just a decade or so away, I’m viewing the coming years as the swan song for motorsports as we know it.  Sure there will still be underground petrol heads engaging in club racing activities in places such as Siberia, but in general, the world will soon cease caring about man’s pursuit of driving excellence.  Therefore, I’m aiming to cherish F1 2015 as if it may be the final season.  And why not, the computers have won, so let’s just enjoy it while we still can.

If you were turned off by the dominance of the Mercedes W05 in 2014, I’d advise you to take up a new hobby to fill your Sunday’s in 2015.  Mercedes are back with a dominant car and should continue on with their winning ways.  But if you prefer to buzzard by the glass half full belief that it only takes two cars to make a great race, here are a bunch of random thoughts as to why this year will be mega.

Nico Rosberg has learned from his mistakes.  Last year Nico surprised the paddock with his pace and had Lewis reeling for much of the year.  In qualifying Nico beat Lewis 11-7, but Lewis still seemed to have the edge at stringing together quick laps on fading tires and pressured Nico into two critical errors while leading.  But Nico is a cerebral man who will have spent his winter addressing his weaknesses and will come back fitter and more mentally prepared to deal with his freakishly talented teammate.

I see this Mercedes situation as the McLaren-Honda team of ‘88-’89 all over again.  In ‘88, Senna (the freak of all freaks) came in and overwhelmed Alain Prost with his sheer speed and audacious on track etiquette.  The Professor took his lumps, went into his lab and came back to beat the mighty 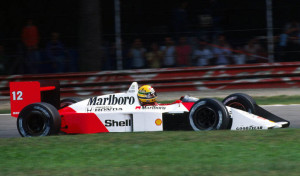 Brazilian the following year in part because of his mastery of psychological warfare.  I expect Nico to do the same.  This mano-a-mano battle should be fascinating.

Ferrari, Vettel and Raikkonen, the three biggest letdowns of 2014, are now one big happy family.  After last years embarrassing campaign, Ferrari have cleaned house and brought in an ensemble of highly paid personnel to restore glory to the Scuderia.  Most notably, their new lead driver Sebastian Vettel.  The fact that the 4 time World Champion had his helmet handed to him by Ricciardo last year was downright shocking.  I’ll admit it, after foolishly proclaiming Vettel the equal of Senna, I’m now officially in the buzzard camp who believes that 100% of Vettel’s success was due solely to the ingenious diffuser that Adrian Newey had bolted on the back of that Red Bull.  This will be Seb’s chance to restore his reputation and emulate his German idol, Michael Schumacher.  Sebs new best mate, Kimi, is coming 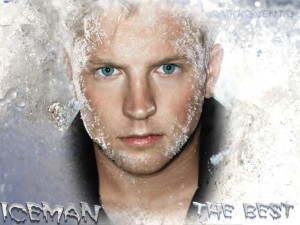 off having his helmet, steering wheel, ass and balls handed to him by Alonso but should benefit greatly by having a 2015 car more tailored to his driving preferences.  When Ferrari started designing this 2015 machine, Kimi was their lone contracted driver so I’m expecting the Iceman to deliver the goods once again.

Kvyat!  There is a high likelihood that Russia will be able to lay claim to a GP winner by years end. (note: Will there ever be an American F1 champ again?).  It will be fascinating to see how Daniil Kvyat fares in the spotlight.  One thing’s for certain, he will be feeling the heat quickly if he’s not a match for the sensational Daniel Ricciardo and young Max Verstappen is lighting it up in the junior team.

McLaren.  Remember last year when the Red Bull could barely complete three consecutive laps in testing with a myriad of teething issues and then showed up and placed 3rd in the opening round? (note: Ricciardo was later DQ’d for some minor infraction).  I have a feeling that while it may take time for the Honda package to come together, the car is fundamentally quick.  Button and Magnussen both have been quoted as saying that all of last year’s issues have been sorted and they have laid down some quick lap times in their limited amount of track time.  And of course if the car is a dog, it will be great to watch Alonso vs Ron Part II.

Bottas.  2015 is the year that Bottas cements his status as a future champ.  Keke, Mika, Kimi and soon……BOTTAS!  Let’s get the clear booze out now and start celebrating.  I wish he could accomplish this feat driving a Williams but I think he’s going to have to slip into a seat at McLaren in a year or two to get the job done.

Toro Rosso!  The Helmut Marko/Franz Tost driver finishing school has their two most exciting students to date.  If there were ever children bred to be drivers, Verstappen and Sainz Jr are it.  Young Max is the product of the legendary Dutch Devil and his Belgian karting mom, Sophie Kumpen.

Carlos Sainz Jr is the product of…well…Carlos Sainz, the legendary Spanish rally driver who I believe is the inspiration for the Dos Equis “World’s Most Interesting Man” commercials.  I can’t wait to see how they fare in the big time.

Mexico is back!  It’s so cool to see the Autodromo Hermanos Rodriguez back on the calendar.  Sure the track had to be Tilkefied to some degree, but judging by the track map it’s still a unique circuit that should produce a great race.  Kudos to Bernie for bringing Austria back last year and Mexico this year.  That place

will be packed with Perez mania in full swing.

Drivers have to keep their helmet colors!  I know that I sound a little neurotic for calling this out but these drivers who change their colors every other race drive me nuts.  I want to look at a car for a split second and say Arnoux, Fabi, Boutsen, Alboreto, Alliot, De Cesaris, Warwick, Tambay, Cheever, Laffitte, etc.  Their helmet is their identity and they should be proud of their colors.

Having said that, here are the picks to take to the bank: