While Typhoon Phanfone is threatening to wreak havoc on the Japanese GP, it feels like an EF5 level tornado has already swept through the paddock.   In the past 48 hours the future landscape of F1 suddenly looks dramatically different.  And as an ardent fan of the Silly Season, a lover of speculation and a proponent of Schadenfreude, this is Buzzardly bliss.

What we now know:

Now for the fun part:  The Amateur Judgement Call

First off, are you telling me 2007 is now simply water under the bridge and Ron Dennis is welcoming the Spaniard back with open arms or is this just a case of desperate times call for desperate measures?  The reality is, McLaren have been horrible for two years, an eternity for their standards, and need the one driver in the world who can make a shit box look semi fast.  That driver is Alonso.  Ron must cringe seeing Jenson lose out to Magnussen and certainly must have received a few polite phone calls from the Honda brass expressing their concern as well.  “Ron-san, you promised us domination.  We cannot lose face again!” 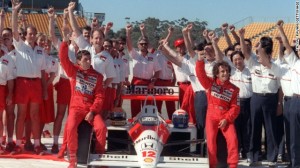 From Alonso’s perspective, he must occasionally look at his passport and notice that he is now 33 years old in a game where 16 year old kids are sought after property.  He sees that Ferrari have officially reverted back to their pre Shumacher dysfunctional mess and the only potential solution to his title winning dry spell is McLaren-Honda.  That name does have a little prestige and allure that a graybeard like Alonso probably remembers.

Outcome:  As sad as this sounds, I think Alonso will retire as a two time champ.  A McLaren-Honda partnership will not be able to challenge for 3-4 years and by then Alonso’s title winning window will be closed.  I’m expecting heroic drives and the usual domination over his teammate, but the official Bulseyeview call is Fernando goes down in the history books as one of the greats who was a bit unlucky.  (Don’t feel too bad for the guy – have you seen his new girlfriend?) 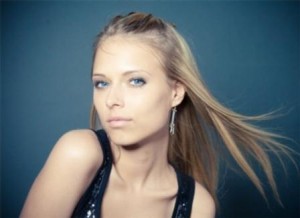 What is one to do with this peculiar case of Sebastian Vettel?  Just last year I was publicly claiming that this man was a better driver than Senna.  Now I don’t know if he’s top 10 in the field.  Was he strictly a blown diffuser master?  Case in point: He has completely dominated Suzuka the past few years, a track where the trick Newey diffuser was vital, but last night without the aid he was consistently .3 sec/lap slower than Ricciardo.  It’s hard for an outsider to accept results like that.  I think with Newey stepping back and Vettel realizing that Ricciardo is now the darling of the team, the time was right to move on.  To use a blunt nature analogy, a young lion just arrived, whipped his butt and now it’s time to leave the pride.

Outcome:  I think Schumacher’s record of seven titles looks safe again.  Vettel will attempt to build a super team around him, but what Michael accomplished will never be duplicated again at Ferrari.*

*Unless Ferrari hire Newey of course

The official Bulseyeview call is Vettel-Kimi will be closely matched and Vettel P6 signs will be the norm moving forward.

I’ll come right out and say that I think the young Russian, born just days before Senna perished, is a fantastic talent who will step right in and give Ricciardo a fight.  Whether he has the mental fortitude to fight for a title next year remains to be seen.  I expect that he still a few silly mistakes to make before he’s a hardened Spetsnaz assassin, but he should be a podium regular.  And think of the new market that he will expose Red Bull and F1 to. 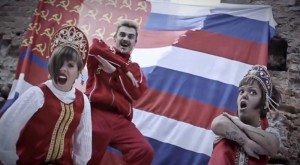 The Bulseyeview outcome – 10+ GP wins are in the cards for young Daniil.

Now it’s time to close this down and go watch Japan!  Lewis or Nico?  Or Typhoon Phanfone?