I apologize for the lengthy delay in posts.   Life has gotten in the way of blogging about racing!  I know it seems incredulous but it’s a true (sad) fact.  We have missed so much: Will Power not choking (well he tried to choke but nobody stepped up), Daniel “The Mop” Ricciardo driving his nuts off and cleaning up the mess left by Mercedes, 16 year old prodigy Max Verstappen signing an F1 contract for 2015, Luca di Montezemolo stepping down at Ferrari, Marc Marquez proving that he’s human after all, Tony Stewart plowing over some poor overzealous kid…….  The drama never ceases to amaze me.  Thankfully our resident Condor is keeping the pedal to the metal with a cool piece below about the 1970 Monaco GP.

And so you touch this limit, something happens and you suddenly can go a little bit further. With your mind power, your determination, your instinct, and the experience as well, you can fly very high.

If you’ve traveled to auto races for more than sixty -five years, the odds are in your favor that you will get to witness a classic or two. The Gran Prix de Monaco 1970 has often been considered by “the experts” as one of the five greatest Gran Prix of all time and I had the great fortune of being in the stands that day.

Attending the race in Monte Carlo was on my must see list from the minute I found out there was a race around the Principality.  After years of dreaming about it, I was finally able to make it a reality in 1970.  One of the first things I did upon arriving in Europe in April was to head to Monaco to buy tickets for the event.  As luck would have it, I was able to purchase two seats in the Virage des Gazometres Tribune (the hairpin turn).  The cost of the three day ticket was 125F!  Please do not weep, but the ticket was worth 20 cents US at the time.  You do the math! 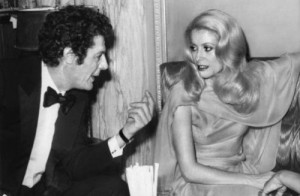 We had more than a month to kill before the race so we toured Europe and returned to the region in early may.  When we settled into a beach town near Cannes, we found out upon arrival that the annual International Film Festival was happening, so my wife and I became “jet-setters” for the week.

Finally it was time to head to Monte Carlo for some racing action.  First off, what a setting for an auto race!  I could have just propped my feet up and enjoyed the harbor scene and been completely content.  The idea of F1 cars racing around the narrow streets was a bonus.  Another bonus was the location of our grandstand.  In 1970, instead of racing around the swimming pool, it was straight shot out of the Tabac corner down to our hairpin, which was a true 180 degree turn. Otherwise the circuit was very much like today’s layout.

The atmosphere of the place was amazing, with the people watching out of this world.  I held the door open for an Italian woman and the look she gave me along with “Grazie, mille grazie” almost knocked me out!  My wife was also finding that the men were not too bad either.  To give you an example of the type of people who attended, take the three young Italian guys who were sitting directly in front of us in the stands.  They were from Portofino and their families owned hotels and restaurants in 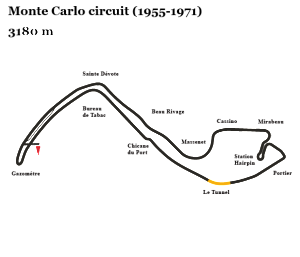 Italy, they came to the race by speed boat and were staying at the Hotel de Paris as guests of the management! That was Monte Carlo.

Why is the 1970 race considered one of the great races? Because in the show business tradition of making the ending something special and leaving the audience wanting more, this race was a spectacular, epic event.

The main players were Jackie Stewart, Jack Brabham and Jochen Rindt with supporting roles by Chris Amon, Denny Hulme, Jo Siffiert and Piers Courage.  The other nine members did not have anything to do with the outcome.

The race distance was 80 laps and was very routine for the first three quarters of the race.  However, everything changed when Stewart’s car developed mechanical trouble on lap 57 and retired after building up a huge lead.  Brabham, who had passed Chris Amon at the start, assumed the lead with Amon 2nd until Amon was struck by mechanical gremlins on lap 60.  This allowed Denny Hulme to inherit 2nd place but soon thereafter he developed gearbox issues and was slowing down.  Rindt, who had started in eighth, must have had an inspirational moment when he saw all this mechanical mayhem happen to those in front of him because he set off in hot pursuit.  This set the scene for the final twenty laps that took this Grand Prix from ordinary to epic.

Rindt had been slowly coming to the front but once he passed the wounded Hulme for 2nd, the charge was on and he began taking a second a lap out of Brabham’s lead.  One of the cool things at Monaco is four public address announcers speaking four languages and they rotate who speaks first.  With ten laps remaining Brabham still had a comfortable ten second lead, but this got the PA’s buzzing and everyone was aware of what was happening on the circuit.   With five laps remaining Brabham was held up by Jo Sieffert’s sick car and lost time to the charging Rindt. 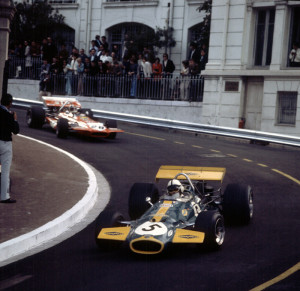 For those of you too young to know Rindt’s driving style, think Gilles Villeneuve and you get the picture.  Drifts, massive throttle stabs followed by oversteer slides, a deft catch and bang another second taken off Brabham’s lead.  The announcers were going crazy and talking on top of each other but it didn’t matter because they could not be heard over the crowd’s noise.  Everyone knew they were seeing something special and the lead was now so small you could see both cars.  It was three seconds with three laps to go, a few car lengths with two laps to go and as they exited our hairpin to start the final lap, Rindt had worked his way under Brabham’s rear wing.

After what seemed like an agonizingly long time, they came back into view in the harbor with Brabham still holding Rindt at bay.  It appeared that the day would belong to Brabham until suddenly Piers Courage was slowing on the racing line in the final corner.  As the leading pair came upon his limping car, Brabham, feeling the pressure from behind, tried to pass the backmarker going into the hairpin off line and instantly locked up the fronts.  Suddenly the Australian champion was a passenger in the marbles as his namesake car slid into the hay bales.  Rindt calmly tucked underneath the car of Courage and headed to the finish line to take the win.  Meanwhile, back on the circuit, Brabham was behaving like a half-crazed farmer as he turned his car into a tractor and pushed the hay bales out of the way so he could untangle himself and finish second.  Denny Hulme was able to nurse his car home 3rd.

The day belonged to Rindt, he was the King of Monaco!

That was a race I will never forget.   As I wrote this I could still visualize in my mind what I had seen on the track that day.  The whole experience was just so cool, the atmosphere was unbelievable, the setting spectacular and we were lucky enough to be in the right place at the right time for the final bit of drama that made the race exceptional.  I tried to think if I have ever seen a race as exciting as this at any level and the answer is no.  Monaco 1970 was the best of them all. 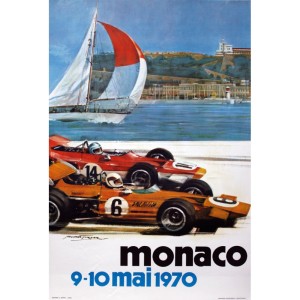