With Mark Webber’s announcement that he will be departing the Red Bull Racing team at the end of the year, it’s time to rejoice, the silly season is finally upon us!  Apologies to those entranced with the ongoing Pirelli saga, but this news is a much needed boost of human intrigue into an otherwise mediocre season.  Now we can start up the speculation machine as the teams and drivers go on Holiday with only 1 race in a 6 week span.  Who will be the lucky chap to don the Red Bull overalls and pedal the Adrian Newey designed car in 2014?  The game of musical chairs promises to be fast and furious.

I live for announcements like this.  F1 is my “One Life to Live”, US Magazine, TMZ and “Keeping Up with the Kardashians” all rolled into one big frolicking soap opera played out by real human beings.  It’s gossip par excellence.  It’s reality TV at it’s finest.  A Hollywood script writer would be challenged to write a better story.  With the exception of Bernie manipulating the strings like a master puppeteer for the past 30 years, the sport is always in a constant state of change with heroes and villains coming and going.  The Webber news without a doubt will open up a juicy new exciting chapter next year.

This is why I have to check Autosport.com within the first thirty minutes of opening my eyes on a daily basis.  I have an insatiable appetite for more information.  It’s my never ending favorite book.  To the person on the outside (my wife) it may appear that I’m literally watching cars driving in circles (yes I was accused of this last weekend), but if you are in on the story, it’s so much more.

With that said, I’ve attempted to write the next chapter in F1 history for my own personal amusement.  Here is how I hope* the musical chairs shake out for next year.

*Not a chance in hell this will be a reality but one can dream.

Red Bull: Vettel and Kimi.  Who better to have alongside Vettel than the one driver who wouldn’t get involved in all the political BS?  Mr “Leave me alone I know what I’m doing” would simply get in the car and try to beat everybody in front of him, Vettel included.  And if a call came over the radio to move over for boy wonder, Kimi would likely play dumb or give Horner the bird.

Ferrari: Alonso and Kobayashi:  With this lineup Alonso would be the clear #1 but the Tifosi would have a second driver who drives with the fearlessness and passion of Ferrari greats of the past.

Mercedes: Hamilton and Rosberg:  This pairing is perfect as is.  Lewis may have a little more pace but Rosberg is crafty and has 2 wins to Hamilton’s 0.

McLaren: Button and Perez:  Another pairing that works.  Perez is clearly in not intimidated by Button and seems to give him a hard time every time they get near one another.

Lotus: Hulkenberg and di Resta:  It’s time to elevate the former Force India duo to a little better equipment to see where they stand.  In the right car they could both be winners.

Force India: Sutil and Ricciardo: Sutil is back big time and it would be interesting to get a true indication of Ricciardo’s pace alongside the experienced German.

Sauber: Grosjean and Massa:  Romain is still rough around the edges but his speed makes me want to keep him around for a few more years.  I give Massa the second seat so he can wrap up his career where he started.

Torro Rosso: Buemi and Alguersuari:  Yes it would be fun to see Red Bull rehire the two young drivers that they sacked because their replacements were worse.

Williams: Bottas and Maldonado:  This year is a write off for Williams so I’ll give each of these young lads another chance to prove their worth.

Maurissa: Bianchi and 2013 GP2 Champ (Colletti?).  Pair the rapid Bianchi with the GP2 champ to keep the ladder system working.

Caterham: van der Garde and World Series by Renault 3.5 champ (Stoffel van Doorne?): Give Guido one more year and pair him with the Renault champ, preferably van Doorne to have an all Dutch team to bring back a ton of beer guzzling fans clad in bright orange.

I think I’m starting to spot a trend among Aussie motorsport stars.  Alan Jones left the top flight Williams team in his prime, Casey Stoner quit the Honda factory MotoGP ride at 26 and now Webber is vacating the most coveted ride in the world to drive a few sportscar races for Porsche.  Perhaps they simply grow tired of Europe and long for a nice Vegemite sandwich and some live Aussie Rules footy on the telly?  Regardless, the trickle down effect of a bolting Aussie has been interesting to track.  Keke Rosberg stepped into Jones’s seat and duly won the ’82 championship and Marc Marquez has been a revelation on Stoner’s bike and looks like the title favorite at the moment.  Will Sebastian Vettel be toppled by his new teammate?

Speaking of drivers from the Southern Hemisphere, it’s been cool to see Scott Dixon step up and win three in a row in the Indycar series.  Nobody has had any consistency at all this year until Dixon’s recent hat trick.  It now looks like the Kiwi and Helio will take this title down to the wire.  To win at Pocono and dominate Toronto shows that Honda may have regained the edge that Chevy had earlier in the year….. The current Indycar series is an unexposed gem and the recent TV team of T-Bell, Diffey and Matchett with Robin Miller and Jan Beekhuis cruising around is the best crew I’ve seen yet.  They are all extremely knowledgeable and articulate and manage to infuse the perfect blend of excitement, insight and humor into the production.

I cringe thinking about Jorge Lorenzo’s crash onto his already broken collarbone.  Oh the pain!  The stars of the NHL, NFL, MMA or Rugby Union have nothing on a MotoGP rider.  Those guys are pint size warriors that are all riding injured to some degree.  At least Dani was gentlemanly enough to go out and break his own collarbone to even things out with his rival.  Look for Marquez to highside at Laguna this weekend to join the broken bones club. 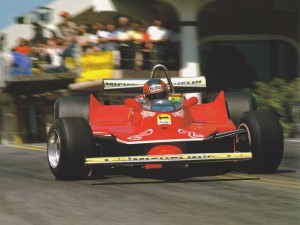