If intrigue, excitement and drama are your thing, then F1 2017 may just be the show you’ve been waiting for.  The immortal David Bowie summed up this new season best with the simple lyric:

Mercedes enjoyed three years of complete domination with a relatively stable rules platform, so it was time to wad up those regulations and toss them in the bin and start again with a clean sheet of paper. The result is we now have cars that look fast standing still, rear tires so wide I sometimes think I’m looking at James Hunt wheeling the ‘76 McLaren, and lap times that will likely make these the fastest road circuit cars ever produced by man. It appears that the FIA came to the same conclusion that fans throughout the world had discovered, F1 had lost it’s edge and something drastic needed to be done.  It’s still the pinnacle of motorsport with technologically insane cars being driven by fantastic drivers, but the sights, speeds and sounds no longer elicited F1 worthy passion among the paying customers.

F1 cars had also become too easy for a professional driver to handle, so now we have cars with a little beast in them that may test a drivers mental and physical abilities to the max.  Remember when drivers used to occasionally pass out after climbing out their cars (think Nelson Piquet in the ‘82 Brazilian GP), let’s hope for punch drunk drivers climbing the podium steps on buckling knees.

Year over year change among drivers and staffers is the norm in the vagabond world of the F1 paddock, but this year is just downright crazy:

Much has been written about Bernie, but here is my two cents:  Bernie has to be considered among the greatest negotiators and marketeers in modern history.  He took a Euro-centric sport with a passionate fan base and brought it to the world in the form of a slick two hour TV show that has been second in viewership only to soccer for 30+ years.  When I went to my first GP in 1981 at Long Beach, it didn’t seem a whole lot different than going to a Can-Am race at Laguna.  For a few extra bucks we could walk into the garage and stand over the informal Ferrari mechanics prepping Gilles Villeneuve’s car for practice or get Alain Prost to sign a hat.  Believe it or not, at the end of the weekend the mechanics would sell the shirts off their back or spare car parts just to make a few extra bucks.   What Bernie did, for better or worse, was take F1 and package it as a super exclusive, luxury product that appealed one’s desires.  It was sex, danger, and immaculately prepared exotic cars racing on immaculately prepared racing circuits in glamorous spots around the globe.  Only the rich and powerful or the beautiful could be granted access to the inside to rub shoulders with the great men who had the courage and skill to drive these cars.  Big time companies flocked to get their names in front of this massive audience and the marketing dollars spent promoting this brand, especially in the tobacco days, was staggering.  Team owners, engineers and drivers in the span of a decade went from hard core racers with dirt under their fingernails to filthy rich celebs receiving knighthoods.  Bernie had so much leverage he could threaten race promoters who were resisting his exorbitant race fees by yanking them off the calendar and replacing them with government backed races in developing countries that would pay anything just to be included in the exclusive club.

I once read an interview with Eddie Jordan where he said something to the effect that Bernie even managed to sell F1 twice during his reign to venture companies for astounding profits, only to repurchase the shares back for pennies on the dollar in negotiations so clever that there should be a case study in all business schools for the next 50 years.

But as Bernie’s empire was chugging along seemingly unchallenged, the world changed with the advent of the internet and social media.  Suddenly the common man had thousands of entertainment options at his fingertips and F1 had real competition. Bernie appeared to be too stubborn to react to this threat and quickly became an 86 year old out of touch with his customers.  Change was needed.  Insert Liberty Media and Chase Carey.  It seems very odd to me that an American company with zero knowledge of the sport decided to take it off Bernie’s hands and finally put him to pasture (or to a Brazilian coffee farm with his young wife to be exact), but we’ll just have to sit back and watch what happens.  In my F1 observations over 35+ years, Americans and F1 don’t go very well together so maybe we haven’t seen the last of Bernie yet.

Bernie or no Bernie, the show must go on and looking ahead to the business on the track, here is what I think we know:

Mercedes, Ferrari and Red Bull are in a battle for supremacy.  Ferrari look like the cars to beat after 8 days of testing in Barcelona, but this is not the first time that Ferrari have won the testing world title only to fail when it really counts.  After last years debacle, it would be nice to see the Scuderia return to the front, but the competition won’t rest and the main storyline about this year is going to be about development.

Mercedes:  Until properly dethroned, Merc still feel like the team to beat with Lewis ready to take back the title.  Bottas should make an excellent #2 and score podiums on multiple occasions.

Red Bull:  No driver pairing is more exciting than Ricciardo and Verstappen.  Ricciardo seems to have the upper hand over a lap in qualifying, but Verstappen is brilliant over the course of a race.  With Newey fully back on board, I have high hopes as the year unfolds.

Ferrari:  Vettel went semi mad last year when things didn’t go his way and Kimi is 37, so Ferrari better hope it has the car to beat to keep these two engaged.  I don’t think they have the technical strength of the two teams above to keep pace with developments, but they may grab a few wins early on.

Force India: I love it that Force India is going pink in the name of the all mighty dollar.  In terms of dollars spent versus results on the track, this may be the best racing team in the world, but it will be tough to retain the 4th spot in the constructors championship.  But make no mistake about it, they will be easy to spot on track.  Perez is now an excellent driver in the prime of his career and Ocon is tipped to be a star so it will be fun to see these two fight it out.

Williams: Williams appear to have an excellent car to start the year but my concern is the drivers.  Massa was out the door on his way back to Brazil and Stroll was in F3 last year, so I have a hard time believing that these two will be extracting the max out of this package.  Those in the Pro-Massa camp point out that he was a monster in the high downforce 2008 cars so maybe these new cars will suit his style.  Stroll had a horrendous first week of testing with three offs but returned for week two as a solid performer.  “Just let the car do the work son – and keep the checks coming please.”

McLaren: McLaren, McLaren.  What is one to say about this downtrodden mega team?  Sure we can blame it all on Honda, but it’s sad to see Alonso and Vandoorne waste their talents with this project.  This was supposed to be the year that they threaten the big three but now it looks like a few points are all they can hope for.

Toro Rosso: Toro Rosso had a pretty subdued test, but I have high hopes for Carlos Sainz with a Renault 2017 spec engine.  These guys are a clever bunch and have produced a car that looks the part of a regular point scorer.  After a tumultuous 2016, it will be interesting to see if Kvyat can settle back into just driving on the limit and forgetting about all the external BS.  That poor guy looked rattled last year after his demotion.

Haas: I like this Grosjean – Magnussen pairing and with the Ferrari powerplant looking strong, these guys should be in the battle for the coveted 4th place in constructors.  One thing I don’t like is they don’t have a bunch of Billy Bobs in their crew.  Shoot they may need them this year with these bigger wheels.  Maybe the POTUS can tweet out that Haas needs American workers!

Renault:  The team likely to make the biggest gains this year from last year.  Renault have now had a year to hire and plan and they should start seeing results.  Hulkenberg is a top 10 talent and Palmer was showing signs of speed last year towards the end of the season.  Renault don’t often fail in their F1 forays and I would not be shocked to see this team performing as the 4th best team by years end.

Sauber:  Where is Heinz Harald Frentzen when you need him?  Sauber have fallen on hard times and are now propping up the back of the grid.  They have a very fast driver in Wehrlein who occasionally had the Manor in places it had no business being in last year, and Ericsson seems to have pace, so it will be fun to see if these guys can find somebody to attack.

Now, for the moment of truth, the championship predictions: 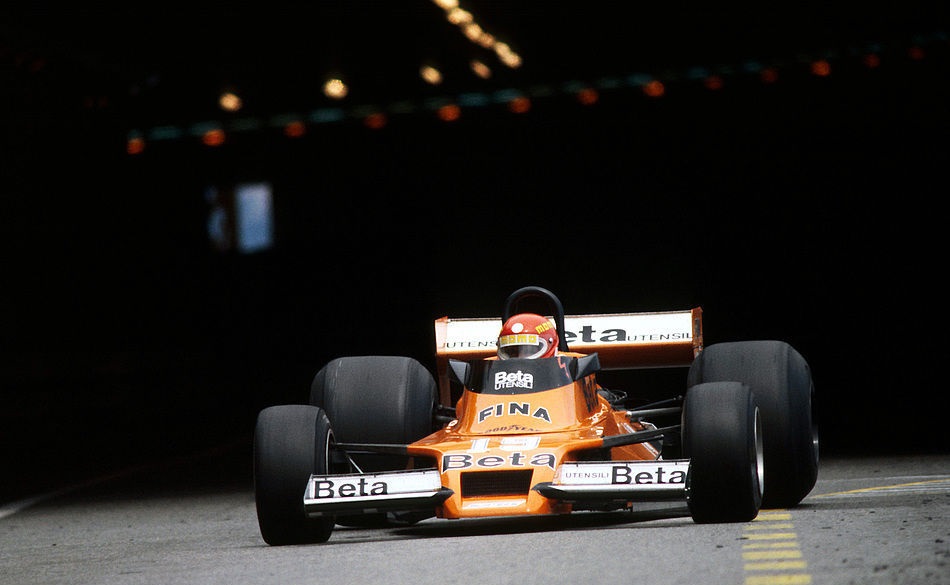