With two races and two champions still to be crowned in 2014, I think it’s time for a conference call with my Gang O’ Buzzards, Haybale Murphy and Tab St Claire.

The following is a transcript from the call:

Bul Bulifant:  Well gents we are about to witness history and close the books on yet another year of motorsports.  Before we get into our picks, how was Texas?

Haybale Murphy:  Bul we did it right this year.  Piled the boys into the old ‘85 Ford Tioga Arrow with the Big Pig Trailer Rig in tow at noon on Wednesday and headed for Austin.

Bul Bulifant:  Jesus you drove the Tioga to Texas?

Tab St Claire:  Who tows a BBQ to Texas?  That’s like bringing sand to the beach.

Haybale Murphy:  That old Ford would chug all the way to China with the Big Pig Trailer Rig along for the ride

Tab St Claire: I like the idea of Haybale driving North to Alaska, crossing the Bering Strait and cruising through Siberia and into China, all the while feeding the locals Costco burgers from a grill the size of their homes.

Tab St Claire:  I thought the Solano County assessor does show your house as a yurt? 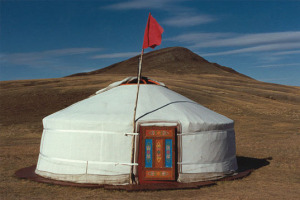 Haybale Murphy:  We arrived in Austin on Thursday and drank Shiner Bock’s all night down on 6th St while watching a Stevie Ray Vaughn clone.  Friday we went out to the circuit, got our F1 fix, then packed it up and headed North towards Ft Worth and the Texas Motor Speedway.

Bul Bulifant:  So Nascar over F1?

Haybale Murphy:  Heck I would rather watch evening commuters on the 80 than these quiet F1 cars.

Bul Bulifant:  How did Max Verstappen look in FP1?

Haybale Murphy:  That kid was easily able to get to the limit and lay down some quick lap times.  Heck he was 10th in the session.  Pretty impressive for a young buck.  Reminds me of my youngest boy Billy until the poor SOB grew to 6’4” and 275lbs.  Shit the only thing he can fit in now is a tractor.

Bul Bulifant: Yes I remember Billy dominating the Junior Sportsman class out at Dixon and then running over to the snack shack for a third serving of nachos and a bucket of Mountain Dew.

Tab St Claire:  Guinevere and I stayed at the W and missed FP1 because we were at the spa.  The highlight of my day was a pit walk on Friday evening hosted by Force India. They had Perez and one of their engineers on hand to explain the intricacies of the ERS and the steering wheel.  So cool.  I had Perez sign a Tel-Mex sombrero that I purchased and we took some pics.   We then had a wonderful Indian/Tex-Mex fusion meal in a suite above their garage

Bul Bulifant:  So Tab which engines do you prefer?

Tab St Claire:  I prefer the technology of the turbo but miss that sound of the V8 from afar.  Guinevere likes the fact that we can now talk on our cells during a session.  Either way, F1 is still the pinnacle of motorsport.  The pole time this year was 3- tenths quicker than last year so these cars are hauling the mail. 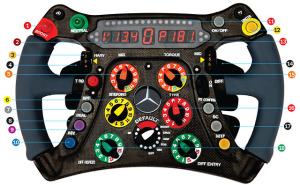 Bul Bulifant:  I love how Rosberg claimed he lost the race because he used the ERS switch instead of the ERS button.  With 30 something buttons, knobs and switches on the wheel, can a driver really use them all and pound around at 10/10ths?  That seems like a lot for a human brain to tackle.

Tab St Claire:  That’s like the modern day equivalent of missing a shift.

Bul Bulifant:  Speaking of shifting, I watched a ‘90 Senna lap of Jerez last night and was blown away by the skill required to handle a car on the edge with one hand.  Moment of silence for Ayrton………    Okay Haybale how was TMS?

Haybale Murphy:  Great until we found out that Vallejo’s Jeff Gordon didn’t make the Final 4 after the race.  I was fired up and 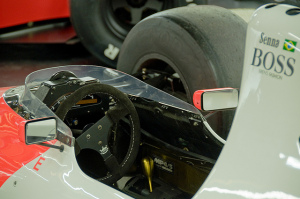 drunk and when a guy in my section dressed in Keselowski gear said Gordon sucks, I lost it and jumped on him.

Tab St Claire:  How old are you Haybale?

Haybale Murphy: Old enough to witness Mario Andretti hold off Lauda at the ‘77 Long Beach GP!  Were you there St Claire?  Anyways, I beat the guy up pretty good but I’m so bummed because when the cops arrived they threw me down and ripped my favorite #24 Dupont jacket.  I had to spend Sunday night in Denton County jail but that wasn’t so bad.  In fact it was better than sleeping next to Bubba in the Tioga at a rest stop.

Bul Bulifant:  Haybale you are the real deal!  So predictions?  Tab you take F1.

Tab St Claire:  Hamilton gets punted by Vettel on the opening lap in the hairpin and has to fight back through the field to place third and win the title.  He then shocks the F1 world by getting out of the car and announcing that he’s retiring from racing to focus on his hip hop label.

Bul Bulifant:  Very cool.  Haybale how does the Nascar finale play out?

Haybale Murphy:  You have a lot of pissed off drivers who got left out the Final 4 cruising around out there with nothing to lose so I’m expecting fireworks.  In the end, Ryan Newman finishes 6th and wins the Sprint Cup that should have been sitting on the #24 car’s mantle being dusted by Ingrid Gordon in a French maids outfit.

Bul Bulifant:  Hey Now!  Well there you have it.  Enjoy the next two Sundays. 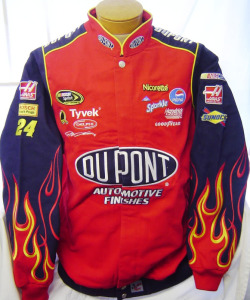