After 3 hours camped in front of the tube last night rejoicing over  having Matchett, Hobbs, Buxton and Diffey  back in my life, I’ve seen the season unfold after just two practice sessions.

Here is what we have to look forward to once we get used to the ugly, heavy looking cars with their quiet turbo whoosh:

Lewis and Nico should be able to control the pace up front for the first few races but Vettel and Alonso are going to drive out of their minds to make this a season to remember.   Alonso’s lap in FP1 was special, but watching Vettel attack in FP2 is what really pumped me up.  Call me nuts but this is the year Vettel cements his legacy as someone who may just be in the same league as Senna.  He’s had the car the past few years to make us all question if he was just a very good driver in a Newey car, but now that he’s in the chase pack, he’s going to give us material to tell our grandchildren.  You can’t have anything better than the tenacious Alonso and the brilliant Vettel chasing Lewis Hamilton and Nico Rosberg.

Sit back and and enjoy the qualifying laps tonight.

And keep an eye on Generation Next.  Bottas, Magnussen, Hulkenburg and Ricciardo all look like they have a car to go to battle with.

Having said all that, don’t be shocked to see a calculated Jenson Button manage his fuel and tires to perfection and sneak through the chaos.

The possibilities are endless.

F1 is reborn again with a radically new formula!  The cars that completed the Brazilian GP just a few months back are now strictly museum pieces from a bygone era that will be remembered as The Vettel/Newey years.  From a fans perspective, call it Saved by the V-6 Turbo.  Red Bull Racing had achieved a level of performance so dominant that race meetings were becoming processional affairs with the outcome never in doubt.  Fans the world over were tuning out in droves and in some cases, becoming downright hostile towards the victors.  The sport was in serious need of a major infusion of drama.

Thanks to the new regulations, we are set for drama galore and a championship that feels impossible to predict.  For Melbourne at least, the engineers won’t be able to plug a few variables into their simulators and predict to the second how quickly their cars will complete the GP distance.  100% reliability is no longer a 99% absolute certainty.  The FIA has gone so far as to issue a statement today stating that the race will be stopped if no cars are able to complete the race distance!  I’m loving the visual of two drivers side by side attempting to push their cars over the line at some point this year for a podium.  Either way, when the lights go out all 22 men will be racing into the great unknown, instead of a controlled automotive laboratory experiment.

Here is a brief nontechnical look at the major technical differences:*

*cut me some slack, my wife is going into induced labor in 5 hours!

Basically, the new car is powered by a 1.6L V-6 Turbocharged engine that incorporates a trick energy recovery system.  The total HP will be about the same as the normally aspirated V-8, but power delivery will be significantly different.  Drivers will now have to contend with enough torque to spin the wheels through the first 5 gears.  Opposite lock blackies on exits anyone??

Other items to factor in:  The cars are heavier, have less downforce, will carry less fuel and no longer have the aid of blown exhaust gasses planting the rear in corners.  They will also have a bigger opening in the rear wing when the DRS is activated, achieving much higher top speeds down the long straights.

What does this all mean??

1.  I think the engine manufacturers for this season are now more important than the technical directors.  Based on testing, F1 may start the year with three distinct classes:  The Mercedes Class, The Ferrari Class and The Renault Class.  Adrian Newey may have penned another masterpiece, but if the lump behind Vettel is 1.5 seconds a lap off the Mercedes powered cars, Vettel will not be winning a 5th title on the trot.

2.  Alain Prost in the MP4/2C Tag-Porsche is the odds on favorite for the title!  Would the FIA allow that car to enter a few races?  No??  Okay well at least the Osterreichring is back for 2014!

There are so many questions that will be answered after that 1st qualifying session.  If Red Bull have been sandbagging and Vettel storms to a commanding pole, I will attempt to windmill on the floor of the hospital.  (note: dad- the windmill is an old breakdancing move from the 80’s that I was never able to do properly)

Here are the Bulseyeview Picks for 2014:

It will be sad to lose the roar of a normally aspirated engine.  My favorite memory of the era was sitting in the final corner at the Phoenix circuit in 1990 and listening to the symphony of V8’s, 10’s and 12’s bouncing off the buildings.  Alesi flinging the V8, Senna dropping the hammer in the V10 and Alain Prost nailing the sublime Ferrari V12!!! Ahhhhh I’m tearing up and getting goose bumps just thinking of it.

Here’s to Williams regaining honor in 2014!  They start the season leading in the good vibes department.  I love their new livery and expect Bottas to become the next hot property in F1.

*Authors Note:  This little piece was actually completed in early 2013 but didn’t make it onto the site because I felt the season was too far along when BEV went live.  Therefore some of it may feel like old news.  I’ll change a few bits to make it more relevant, but in the name of saving time I’m just going to post it now, complete with outdated makes and models.

There has been upheaval in F1 and the manufacturers and sponsors have bolted in the aftermath of Bernie’s arrest and imprisonment for laundering billions of dollars earmarked for the constructors into offshore accounts traced to Vlad Putin, Kate Upton and the self appointed King of Bahrain, Hamad bin Isa Al Khalifa.

The Indycar team owners have again mutinied and are once again under the control of Tony George and Brian Barnhart, but the Hullman-George family are fighting back and are threatening to turn The 500 into a Purdue School of Engineering solar powered kit car race.

After learning that Obama was reelected to a second term, the France family, with the backing of Toby Keith, attempted to take Nascar and secede from the Union.

In other words, racing is in shambles and there is only one person who could put together a 2014 season.  You may be thinking that I’m about to introduce Paul Gentilozzi, but no, that person is me!  Without hesitation I quickly broke out a box of Autocourse season reviews and viewed the Duke Video 1990 F1 season review VHS tape for 5 consecutive hours.  Properly fired up, I then consulted my 1980’s rolodex and started making calls and sending fax messages.  The amazing result of my labors is a 22 race schedule that will span the globe and once and for all determine who is the greatest driver in the world.  Granted, the actual greatest driver in the world may be a cabbie in Kabul or a getaway driver in inner city Chicago, but in order to get corporate backing and TV contracts in place I had to use all big name professional drivers.

The following drivers all agreed to place their reputations on the line and participate because this will be the only racing taking place this year on a professional level:

Note: The Slim family offered me quite a large sum of dinero to include Perez but I held strong and declined.*

*But it did give me a “lucrative” idea to set up a wildcard category to be discussed later.

Note: Similar to the pressure I received from the Slim’s in F1, I started receiving very threatening calls over my Dale omission so I set up an “Offspring of Legends” category again to be discussed later.

Note: Oddly enough I didn’t get a single call from a reporter or sponsor regarding my announcement but a Chinese blogger did inquire about interviewing Ashley Judd.

Note: The guys on Radio LeMans were pretty fired up over a few of my picks.

Note: There was an outcry in the German newspaper The Bild over my decision to leave out Dirk Werner and a Twitter campaign calling for my ouster started gaining a lot of traction throughout Bavaria.  #bulseyeidiot  #bulblindeyeview

Note: After hearing that he was grouped with Loeb and Hirvonen, Kinser was heard muttering, “Are these the dudes that race those little economy cars up hills in places nobody has ever head of?”

Note: What did you think I could put together a good show and not include a Japanese driver??

The Over 40 Family Guys: Scott Pruett and Jeff Gordon

From Russia with Love: Vitaly Petrov

Down with the PRC: Ho Ping-Tung (we needed the ratings!)

Note: We needed somebody to push our sponsor’s products in a bikini so Danica gets the nod.  I toiled with the idea of selecting Milka Dunno after receiving a substantial offer from Citgo, but after conducting a secret day long test in the Ferrari F168 at Maranello she was still 14 seconds off the pace!

So there you have it.  52 drivers listed to compete in the championship!

Note: Robert Kubica has been granted permission to enter any event that his mangled hand will allow.

Don’t ask me how I achieved it but I was able to persuade Ferrari to manufacture 52 F1 cars, Penske to build 52 Dallaras, Hendrick to build up 52 Chevy Cup cars, etc.  Like Tom Petty sings, “It’s Good to be King!”

Elaborate software will be fixed to each car providing telemetry back to an undisclosed warehouse in Acapulco where a team of engineers will closely monitor the performance of each car.  As a precautionary measure the engineers will only see the data of the cars and will not be privy to who is handling the driving duties.

Preseason testing will be kept to a minimum but will entail: 2 day F1 test at Jerez, 1 day in the FF cars at Snetterton, 2 day Indy test at The Brickyard, 1 day Silver Crown test at IRP, 2 day rally test at the Citroen test facility outside of Paris, 1 day test in the Audi at LeMans, 2 days in the draft at Daytona, 2 days in the WOO sprinters at El Dora and 1 day to play with the Robbie Gordon trucks in Ensenada.

At each race we will follow the current rules of that particular series.  For instance, only 24 cars will qualify for the F1 races, only 33 will start Indy and only 43 will make the Cup races.

Nigel Mansell has been named the chief steward and will work with series and circuit officials to ensure that race meetings go off without any bias towards certain drivers.  Nigel still carries a black belt in Karate and mentioned he would consider a punch or kick in the name of fair play.  It is worth noting that AJ Foyt was initially offered this position but he declined citing a lack of desire to work with long haired European men of a different sexual persuasion.

This is going to be a big year!  Stay tuned for a mid-season update. 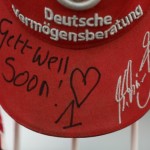